Presentation of the EU MOC PROTOTYPE in Brussels 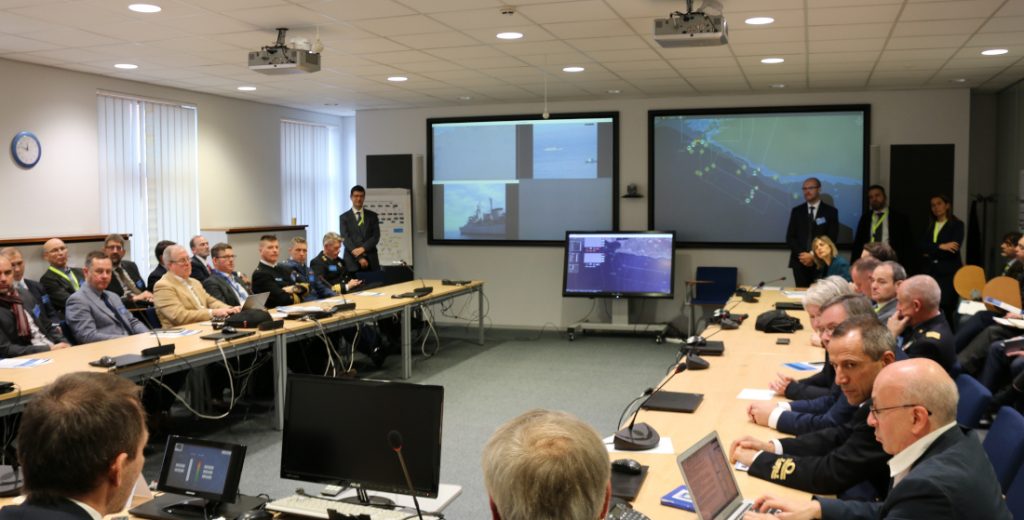 To highlight the capability of OCEAN2020 to a wider audience, a prototype of an EU MOC was installed at EDA in Brussels. During the Sea Demonstration, on the 21 November, the European Commission, the European Defence Agency (EDA) and the OCEAN2020 Consortium organized a Distinguished Visitors Day offering an opportunity for OCEAN2020 consortium members, project stakeholders and members of the press to discuss the impact of the project and follow the exercise taking place in Italy live via the EU MOC.

Visitors visited  the prototype of an EU Maritime Operations Centre (EU MOC) developed during the project, this prototype was connected to the ongoing operations in the Mediterranean Sea involving naval assets and national MOCs from Greece, Italy, Portugal, and  Spain. Participants could also see how the EU MOC received live data from the participating unmanned systems and integrated them into an operational picture to enhance situational awareness.

This project has received funding from the European Union’s Preparatory

This presentation reflects only the author’s view.