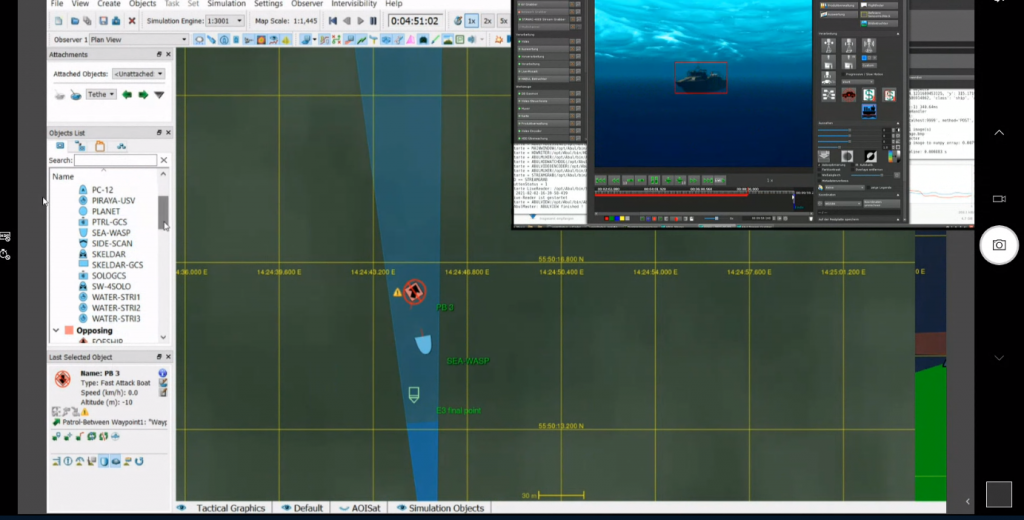 The OCEAN2020 research project reached an important milestone last week during the Second Simulated Trial paving the way to the live demonstration scheduled for August this year in the Baltic Sea.

The aim of the Second Simulated Trial was to prepare and perform a simulated execution of the two operational scenarios foreseen for the upcoming second live demonstration, now scheduled for August 2021 in the Baltic Sea (the event initially scheduled for summer 2020 had to be postponed due to the COVID crisis). The  Second Simulated Trial allowed to assess the behaviour of an European Task Force,  including European MOC Prototype, Command of Task Group, Warships, Combat Management Systems, Aerial/Surface/Underwater Unmanned Systems (14 different kinds of Unmanned Systems) under the two operational scenarios planned for the Baltic Sea demonstration, countering both surface and underwater threats.

The Second Simulated Trial was executed by a network of eight simulation centres belonging to industries and research centres, located in four different countries (Germany, Italy, Netherlands and Spain) connected to operate together. Very realistic data and videos provided by faithfully simulated unmanned assets were shared in real time across the emulated Combat Management Systems equipping the different simulated ships.  Simultaneously, the data and video were also received and displayed in by the prototype of a future European Maritime Operations Centre.

Despite COVID-19 restrictions, the Second Simulation Trial was remotely attended by EDA representatives, the project coordinator and other partners that had the possibility to follow the trial at their own premises, remotely connected through a special platform well suited for this purpose by IOSB.