OCEAN2020 participation in the Andromeda workshop 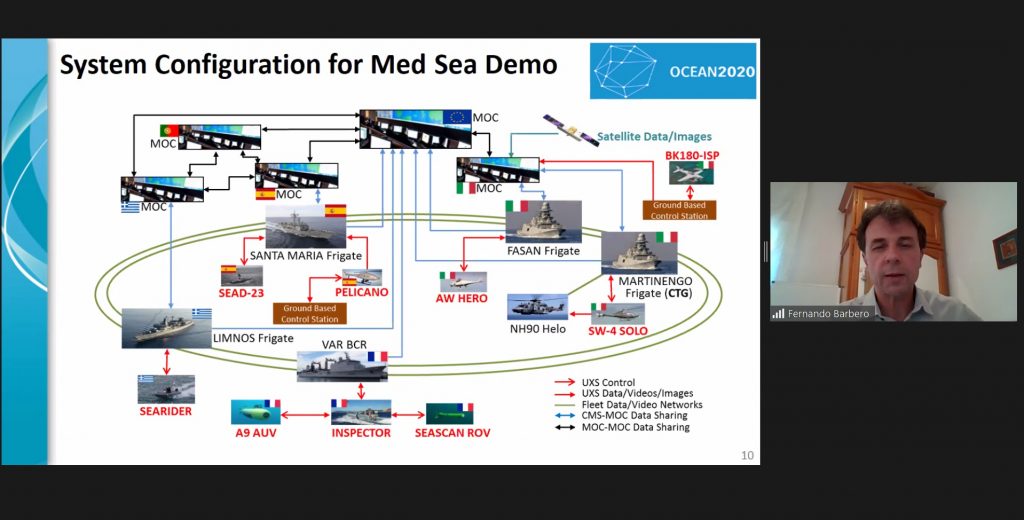 During the Final Workshop of the EU funded research project Andromeda (An Enhanced Common Information Sharing Environment for Border Command, Control and Coordination Systems),  held last week as a virtual event on 23 and 24 June, Fernando Barbero, Program Manager - Indra Defence and Security, gave a presentation titled " OCEAN2020 Project - A Technological Demonstrator of Enhanced Situation Awareness in Naval Environment with the Use of Unmanned Systems".

During the round table, it was possible to debate about the  possibilities for interaction between the systems of both OCEAN2020 and ANDROMEDA . The OCEAN2020 reference architecture includes the possibility to share, between MOCs, surveillance data gathered by unmanned systems with maritime information sharing networks at European level as MARSUR and EUCISE. An interaction with EUCISE was included in the Mediterranean Sea Demonstration, sending information in the EUCISE network corresponding to selected tracks received at the Italian Maritime operation Centre (MOC ) from the unmanned systems in the Area of Operations.