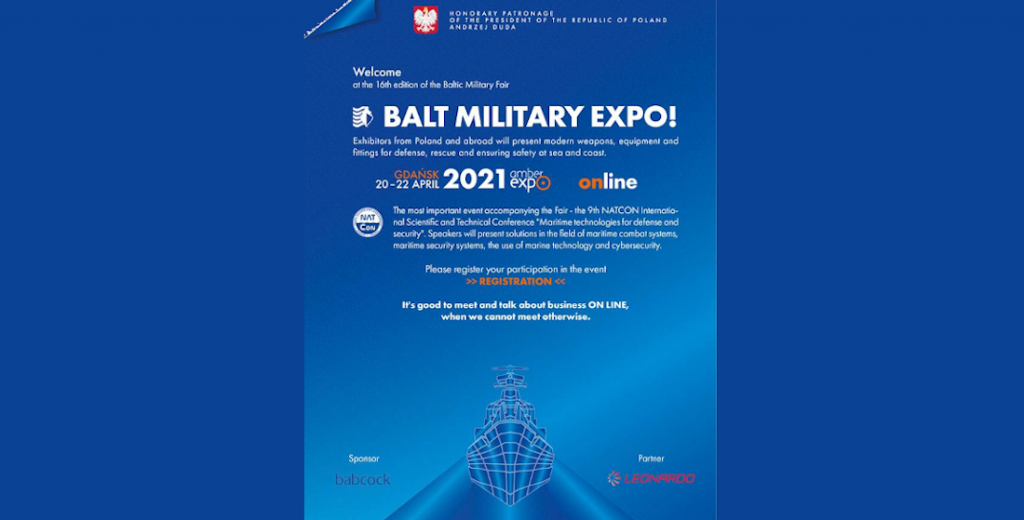 The forthcoming 9th edition of conference will be held April 20th - 22nd, 2021 in Gdańsk (Poland), in a remote form, using an online platform. The sessions will be adhered in Polish and English language (with simultaneous translation). OCEAN 2020 project will be represented by a team of specialists from OBR CTM S.A., who are going to give the presentation entitled Application of Augmented Reality technology in the maritime domain on the example of the OCEAN 2020 project. (15:50- 16:10, 21st of April). The project will be also represented by Leonardo with a presentation titled Leonardo Unmanned Helicopter System: AWHero rotary UAS  (11.20-11.40 22nd of April) with examples of system operations during the first OCEAN2020 sea demonstration.

During the Balt Military Expo fair it is possible to visit the virtual stands of some members of the consortium implementing the OCEAN2020 program, i.e. Leonardo, OBR CTM S.A. and Saab. We cordially invite you to follow us at: